Have Questions ? Send us a note and one of our staff will contact you. 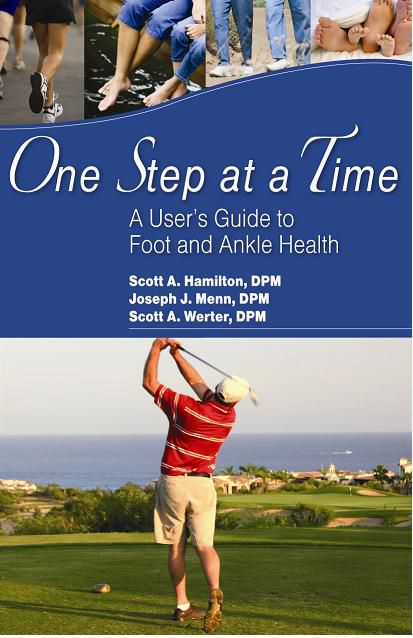 One Step at a TimeRequest Information

This is Dr. Menn from Coastal Podiatry Associates.  Welcome to our very first live webcast.  We are going to try something today in the office, we're going to do a hammertoe correction.  This is a really simple correction for a very simple problem in this particular gentleman's, ah, toe.  Sometimes they're very complex and require a lot more surgery, but today's is an office procedure.  We're going to make a little, tiny incision right here in the very bottom of this toe, nick this tendon and allow this toe to straighten out at the very tip, because right now it's bent over like this and he is walking on the end.  So we're gonna go ahead and fix this thing and he is already numbed up.  We're gonna go on inside, put some gloves on and we're gonna show you how to do this.  So come on in.

Alright, figure out how to get this thing on.

Alright, this requires a simple needle and that's it.  Eighteen gauge needle, very large needle.  The nice thing about this is the cutting edges on the edge of this needle actually cut the tissue without actually making any incision.  So we actually make this little tiny stab incision and use the sharp edges of the nail just like a little knife blade to cut back and forth.  So there's very, very little bleeding, very little involved.

Down on the bottom of the toe about where the joint is, this is the part that everybody hates to watch.  Straight on in, down the bone, now we'll just make a couple of cuts.

You ok up there?  Are you feeling anything?

Let's see what we got there.  So before it didn't bend at all, now we want to straighten this tendon out.

Feel that a little bit?

You're trying to break it off? (Laugh)

So now we've got the tendon, the toe moving like this one was.  The toe now bends, so when he steps down that toe will bend a little bit and will probably loosen up a little bit more, we're almost done.

How long have you had this problem?

Probably about a year.

And all I'm doing is using the sharp edges of this needle to cut through the tissue and the bottom.  Much like the tip of a scaple blade would, but without much of an incision.  Now we bend some more.

So now he's got a toe that bends upwards at that joint which didn't bend before.  With just a little bit of force, he was rigidly contracted before, but now this toe bends.  He doesn't really need that little, tiny tendon cause his other's one's in the toe.  So we just sacrificed the small tendon in the bottom of the toe and allow the tip of the toe to bend up a little bit, so he's not walking on the end of it.

And that's about it.  We're gonna put a little bandage on and send him home with a littel bit of pain medicine and an antibiotic and that's all we have.

So pretty simple procedure, it takes about five minutes to do, very little pain afterwards.  He's gonna be back in his shoe on Friday.

So thank you very much for watching.  Hope that was fun and ah, hope that needle didn't gross anybody out.